You should know it’s an easy plant to care for if you’ve ever owned a cactus before. All because of one fact: its genetic predisposition to thrive under the worst desert conditions. This fact could mean it’s just another desert plant on face value. However, to others, the cactus plant and how it relates to its natural habitat have a much deeper meaning.

Please read on to find out what cactus symbolism and meaning is.

But first! Let’s start with its origin story…

Table of Contents show
1) Cactus: Origin and History
2) Cactus Symbolism: What is the Spiritual Meaning of a Cactus?
2.1) Determination and steadfastness
2.2) Uniqueness
2.3) Motherly Love
2.4) Longevity
2.5) Protection
3) When to Give Cactus
3.1) If They Need Encouragement
3.2) On their birthdays
4) Final Words

Early Europeans came across the cacti (Cactaceae) around the late 15th century. They discovered a plant with fat succulent stems, ephemeral or tiny leaves, and prickly spines that shoot out of its areole.

They also discovered that the plant is heavily present originally in America’s deserts and semi-desert (In both the North and South). Until Christopher Columbus took some of them to Europe with him around the early 18th century due to their growing scientific interest, their role in the desert food chain was to serve as a source of water and nourishment to desert animal life. It also serves as a source of medicine to humans.

Note: There are up to 3000 species of the cactus plant. All of which possess their unique adaptation for handling hot and dry conditions.

Cactus Symbolism: What is the Spiritual Meaning of a Cactus?

In this world, you should understand that nothing is by accident, as there’s a deep, profound meaning for why certain things exist and how they exist.

Like the Cactus plant, which is admired for its hardiness by cultures from the desert worldwide. To the point that they sought to derive spiritual meanings from them.

Here are the typical four spiritual meanings one can get from the cactus plant:

Cacti is a hardy plant that can thrive comfortably in barren desert lands or semi desert lands with light or next to non showers. This is why they’re generally depicted as a symbol of everlasting tenacity, strength, and perseverance.

If someone hands you a cactus plant as a gift then it means they believe you’re a fighter who can bounce back from devastating times fully intact!

Especially after they’ve witnessed you survive a terrible situation or you’re going through times that may require some encouragement.

No other plant in the natural world is similar to the cacti in terms of structure, as you can see from the large stem and other parts that encourages perseverance better than most plants. This property symbolizes uniqueness.

So, if a friend hands you a pot of cactus, then they are admiring and healthily celebrating your uniqueness.

Your cactus plant is also a symbol of maternal love. How? Because the cactus plant has healing properties which is extremely helpful in desolate Deserts. It also helps to reduce excess carbon dioxide in the immediate environment. Thus increasing your productivity, as carbon dioxide is known to increase one’s tiredness, and give headaches in extreme cases.

The cactus plant is also a symbol of longevity or old age. Because, as long as all the necessities for cacti to thrive is in place, it can live for hundreds of years. Or at least 15 years.

Cactus is also a symbol of protection. Why? Because it has sharp spines for fending off predators and cuticles (waxy exterior) to prevent excess water loss. So giving your friend a cactus plant is a gesture that says you hope they’re well protected and safe. Cactus is also believed that it can protect people from negative energy.

When to Give Cactus

Here are several appropriate times to gift your favorite person a Cactus plant:

If They Need Encouragement

When it seems like everything is not working out for your friend from your own point of view, you can give them a Cactus. Because it’s a symbol of determination and steadfastness. From time to time your friend will look at the gift to serve as a reminder that somebody believes in them.

If you’re short on ideas for a great gift, you can offer them a cactus plant. Because it has loads of benefits.

For one, it helps to clear the air of carbon dioxide which is a toxin known for reducing productivity. So with the pot of cactus next to them while they work would do wonders to their productivity.

Apart from that, you can also give them a Cactus to compliment their old age. Because the cactus plant is also a symbol of longevity. Also, you can gift them a Cactus with the aim of admiring their uniqueness.

When your friend loses their house plant

It may not always be about the Symbolism, as it could be due your friend’s lack of patience to care for their plant. Probably because they can’t afford the time to do so, for the sake of work or study. Such people would work well with a Cactus plant. Especially one on a succulent pot which is enough for the plant to thrive on less water.

The cactus is a hardy plant that symbolizes hope, as it can withstand the harshest of all conditions and still bear beautiful flowers in the end. You should emulate the cactus plant by being uncompromising in all aspects of life and sustainable.

You may enjoy these related articles: 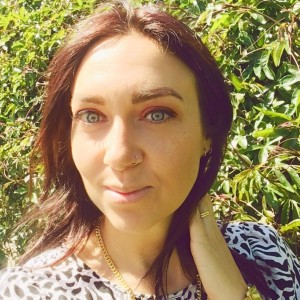 Karli is a writer who loves houseplants and has a particular interest in propagation and growing plants hydroponically. She is a mother of two young girls who spend as much time as possible getting their hands dirty in the garden. Karli believes anyone can successfully grow plants when armed with the right guidance and information. How to Care for Succulents Outdoors? 10 Large Succulent Plants In The World How to Grow and Care for Moonstone Succulent

Karli is a writer who loves houseplants and has a particular interest in propagation and growing plants hydroponically. She is a mother of two young girls who spend as much time as possible getting their hands dirty in the garden. Karli believes anyone can successfully grow plants when armed with the right guidance and information.